Mixed plantations of broadleaves and conifers can be less valuable for wildlife than ancient semi-natural woods although this depends on the particular mix of species and the age and structure of the wood. There may be opportunities to enhance these woods for wildlife, for example by creating a more diverse structure with open glades and rides, promoting native species wherever possible rather than non-native, increasing the diversity of species, and retaining old, dead or dying trees. There are also some species which are strongly associated with small pockets of coniferous planting within mixed woodlands such as goldcrest and some birds of prey. 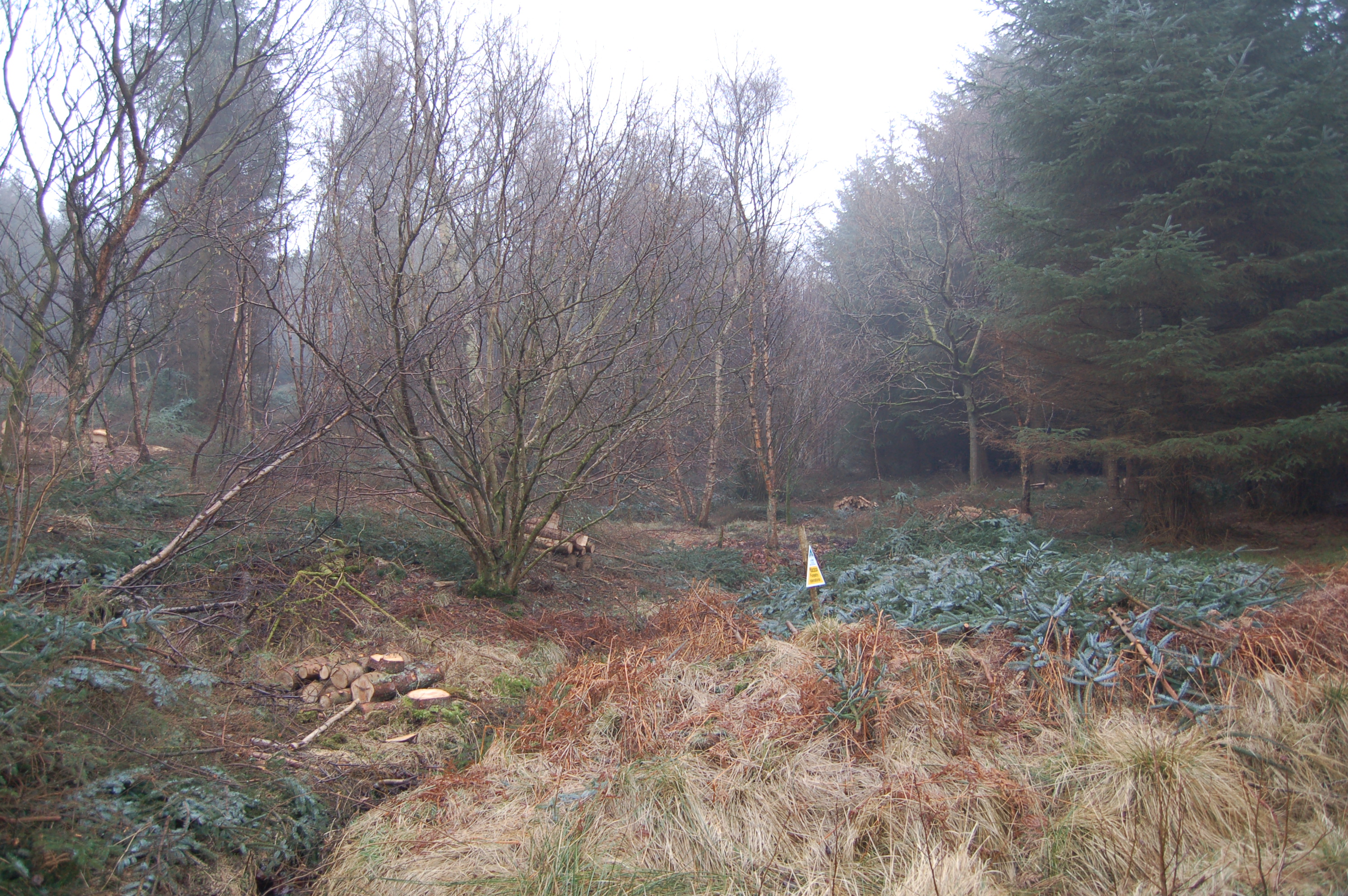 PAWS is ancient woodland with most or all native trees cleared and usually non-native conifers (sometimes broadleaf) planted instead. Their value for wildlife depends on the ancient woodland features left. Current national policy is to restore PAWS to ancient woodland. Remnant ecological features often survive amongst the plantation including veteran trees, dead wood, species from the understorey and shrub layer, a range of native woodland indicator species and some of the complex soil communities. Restoration best practice has been developed which focuses on a two stage approach; identifying, protecting and enhancing the remnant features and then moving gradually towards a semi-natural composition through a staged thinning programme. For further information see the Forestry Commission PAWS Practice Guide, Woodland Trust restoration report, Woodland Trust PAWS restoration guidance 2005.

Caledonian pine forest is restricted to the Highlands of Scotland, and comprises remnants of a once huge tract of native forest. This ancient habitat consists largely of Scots pine trees, along with species such as juniper, rowan, aspen and birch. The ground layer tends to consist of blaeberry and heather, with ground flora including twinflower and creeping ladies’ tresses; while large numbers of fungi and lichens can be found, including numerous rare species. Capercaillie, large, turkey-like birds, live within the forest, along with crested tits and Scottish crossbills. Black grouse can be found in forest edge, farmland scrub and moorland habitat. Other distinctive species found in these forests include pine martens and rare Scottish wildcats. Sphagnum mosses grow in damper areas, storing water and creating invertebrate-rich, boggy areas. Bog woodland, containing stunted Scots pine, is a rare habitat containing specialist wildlife species.

Much Caledonian pine forest, despite its natural appearance and ancient origins, has been managed in the past, as evidenced by regular formations of tree stumps now overgrown with mosses. The extent of Caledonian pine forest in the UK is currently much reduced due to past deforestation, and various organisations and landowners are working together to increase, restore and link together the remaining fragments of this habitat. Non-ancient native pine woodlands, including recent plantations, can have value for some Caledonian pine forest species, and help to provide connectivity between patches.

Commercially managed, non-native conifer woodlands are usually viewed as less valuable for wildlife than native broadleaved woodland as they lack the species diversity and structural variety. As the conifer stand develops, light levels reduce, suppressing ground flora and the environment becomes shadier and drier. However, it is possible to incorporate valuable features within them which will be beneficial to biodiversity. Open space, rides and glades can be managed to provide important butterfly habitats, scrub can be encouraged along the woodland and ride edges or old hedges within and around the wood retained as lines of trees which can act as habitat and corridors for species such as dormice. These areas can also help provide connectivity through the landscape. Areas which are hard to access for management purposes, often wet or steep land, can be left to develop old-growth or wet woodland features. Some mature individual conifers or small groups can be retained within the clearfell area to age and develop as standing deadwood. The initial regeneration stage after clearfell is valuable for many species, including ground nesting birds such as woodlark and nightjar, as well as ground flora. As scrub and tree regeneration develop, scrub nesting birds will benefit; while thicket stage conifer is used by species such as lesser redpoll.

made by Sylva Foundation using Slim, Bootstrap, jQuery, and Mapbox